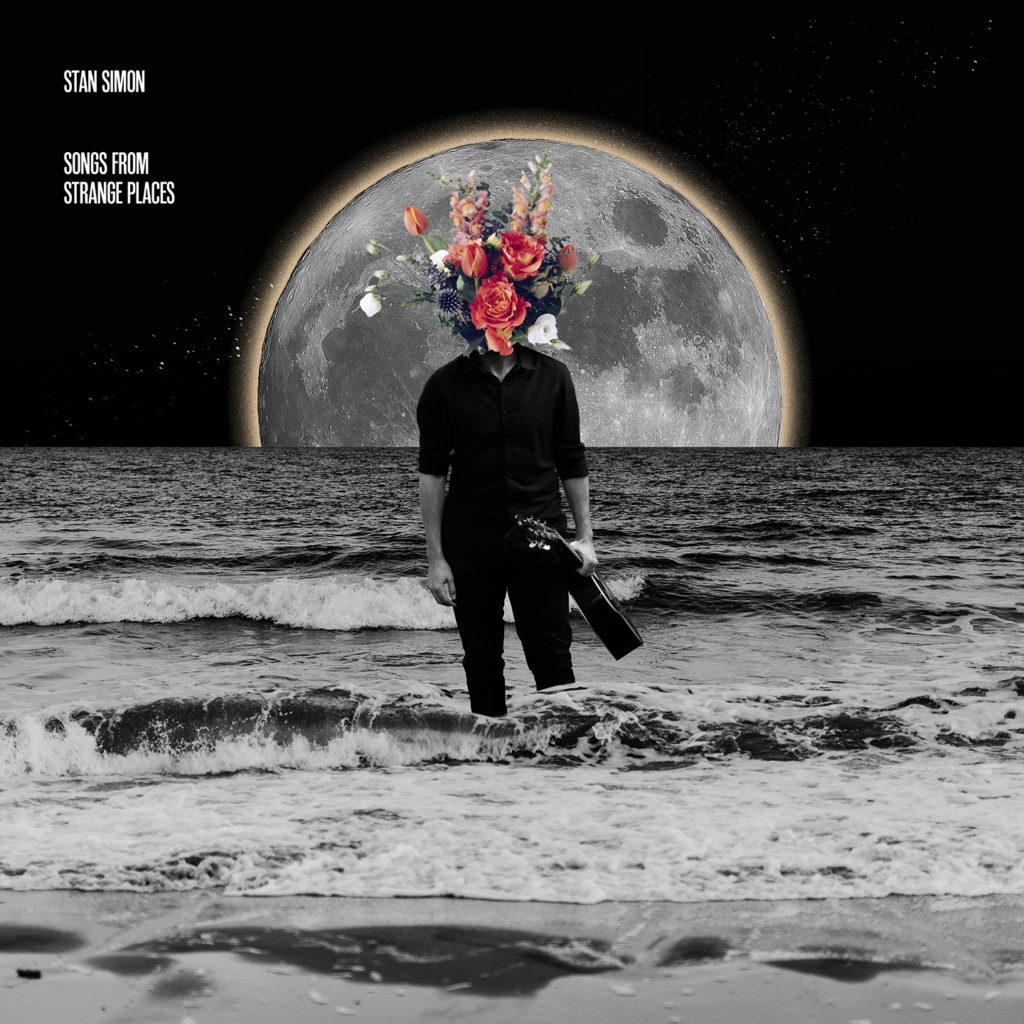 Spotify — ”Only the Moon”

“I was going through a rough couple of weeks and, one morning, took it out on someone I cared for deeply,” the Toronto-based troubadour reflects on single, “Rest Well In The Blue Night.” “I was getting ready to head out the door and got into a very short and explosive argument; I threw my words around like daggers.

“Fuelled through my own frustrations, I only ended up hurting someone trying to care for me. I made my way to the train and knew I was going to sit with that anger for quite a while until we saw each other again.

“When my anger turned to regret, the sun was starting to set and there was a dark blue sky melting over the day,” he continues. “I took out my notebook and wrote the lyrics to this song, atoning for the hurt I caused.”

The third single off this, his third album, “Rest Well In The Blue Night” was preceded by LP previews “Everlasting Love” and “Only the Moon” earlier this year; the latter served as a double-sided window for Simon — one way looking out at the moon, inspired, and another looking in (so to speak) at a crumbling relationship among friends.

“I wrote this song about two friends of mine who fell out of love,” he shares. “It was difficult for them to be clinging to something for so long that kept widening between the two of them.

“I tried to put myself in their shoes… I wondered if they believed it was worth fighting for in their most silent and private moments.”

Stan Simon grabbing his guitar and singing “Only the Moon” to the sight of the orb shining through his window is par for the course for the Canadian artist’s life; he first took to writing songs at an early age, crafting poignant melodies on a broken classical guitar given to him from his father.

Largely influenced by vintage folk sounds and tried-and-true country records, Simon’s resulting sound resonates through and through; expect earnest lyrics sung with an inimitable vocal prowess, backed by a sharp harmonica and wrapped warm with a rustic, acoustic blanket. Two albums and countless gigs later — plus countless opportunities to share the stage with the likes of Tony Dekker, Chuck Prophet, The Harpoonist & The Axe Murderer, Julia Jacklin, and more — Simon has found himself looking inwards to write his next musical chapter.

Nowhere is this more exemplified than Songs from Strange Places, produced by Big Smoke Audio’s Dennis Patterson and available now. Rife with classic storytelling and visceral songwriting reminiscent of great poets and balladeers before him, the 10-track LP journeys through the past while wandering towards the future, encountering love, loss and hardship along the way.

“I wrote this song to remind me that, even in strange times, love is more powerful than hatred, and to savour the best life has to offer. For me, that meant smelling the water, listening to the trees, and being surrounded by people you love in peace. It’s about visiting a place within ourselves as if on some fantastic drug, exploring the fragility of our lives and revelling in our existence.

“This album appeared out of nowhere and at a time when I did not feel like an artist,” he marvels. “I had decided to stop pursuing music as a career, and I had lost my passion for creating.

“After taking some time to focus my energy elsewhere, these songs started coming to me naturally. I approached my songwriting openly and honestly, working to refine my lyrics to reflect where I was in my life and the things I have seen. I started to explore concepts around building a family, losing people I care for, approaches to spirituality, and how these moments redefine me as a person.

“These songs came to me in pieces, initially, and each song comes from its own unique time and place in my life, inspired by curious muses. The album is a compilation of music that brings me back to being a songwriter while appreciating the strangeness of life.”

“Rest Well In The Blue Night” and Songs From Strange Places are available now on all major streaming platforms through Slammin Media with worldwide distribution by Believe Distribution.